I have to express sincere thanks to everyone who has asked how we are in The Mill here at Nether Wallop in these watery times. It is usually a lovely place, with two rivers flowing under it and completely surrounded by the burbling Wallop Brook that joins the River Test nine miles downstream.

But burbling is hardly the word I would use right now. Torrential and turbulent come to mind more readily. As I sit here in my office the din of the water that is pummelling beneath our feet through the mill race almost drowns out normal conversation.  The lake and the river have joined which makes me think some of the trout we have so loving nurtured since the close of the season will have made a bid for freedom. So are we flooded? Well, happily not and it is all due to some amazing hydrological engineering that dates back 500 years that takes the water under and around but not through the buildings. 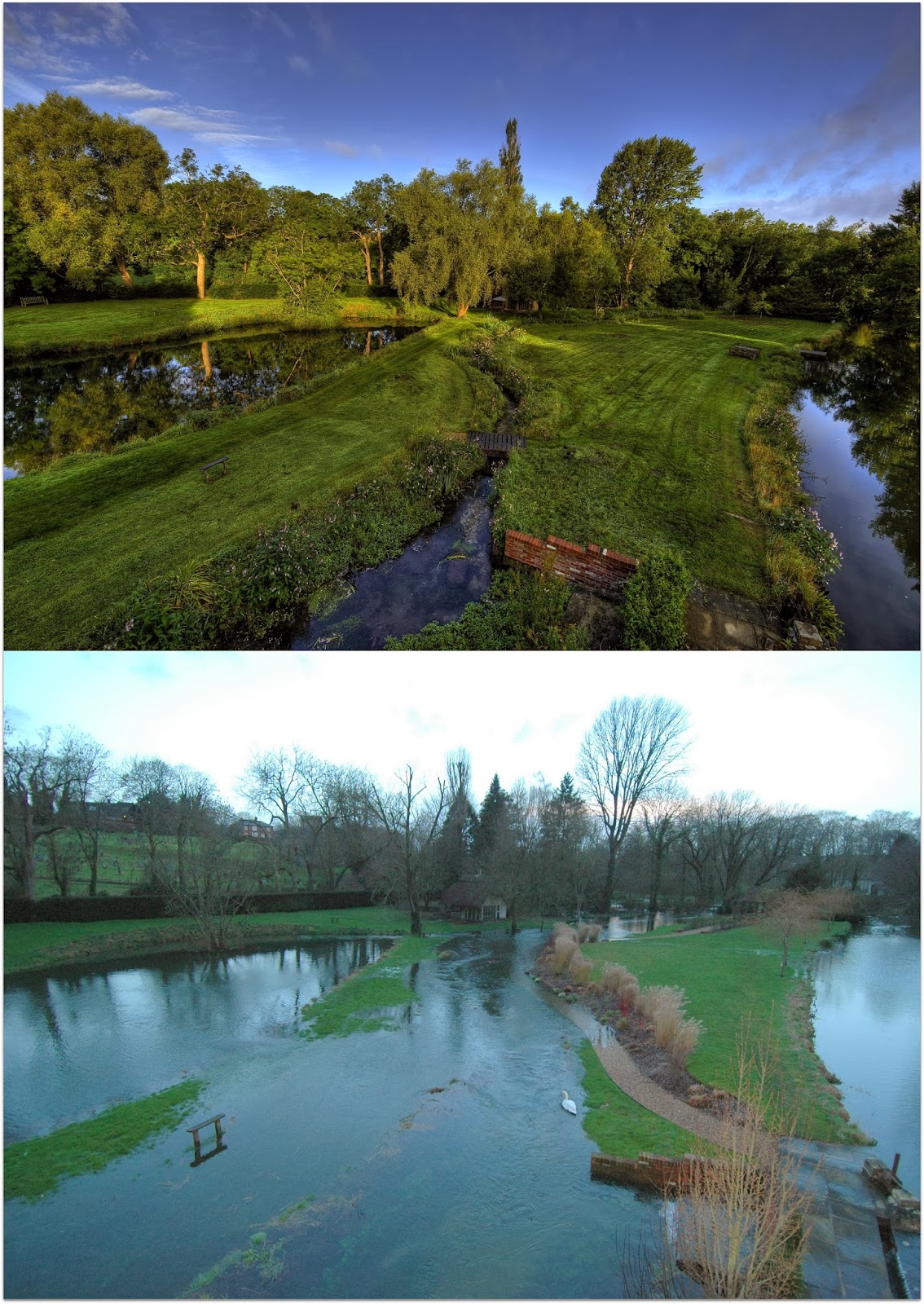 There has been a mill here at Nether Wallop for over a thousand years, listed as it is in the Domesday Book. The current buildings are relatively new, from the 1600’s when the water meadows and mills around here were largely created by Dutch engineers who obviously knew a thing or two. But I have to confess when doing the restoration back at the turn of the millennium I almost undid all their good work at a stroke by filling in what turned out to be an essential spillway.

Essentially we have two rivers; one that takes the Wallop Brook and the other a diverted channel that powers the mill wheel, the latter being a  full three to four feet above the level of the true brook.  As the channel approaches the mill it is contained by man-made banks that carry the water above the level of the house to create sufficient ‘fall’ to spin the mill wheel.  As the channel gets close to the buildings the banks are replaced by brick walls, which at the time of the restoration needed some minor repairs. It was the height of a dry summer, with just a foot or so of water so it was all easily done but I could not understand why the top on one of the brick bank walls dipped down for two yards of its length by 4 inches. It looked a bit irregular and my plan was to fill the gap to level the top. But the bricklayer (bless him) took a shine to it and decided to retain it as a feature, simply repairing the damage to keep it as it was. If he hadn’t I can promise today we would be flooded because that four inches represents  the emergency spillway that is the difference between a being wet and dry. 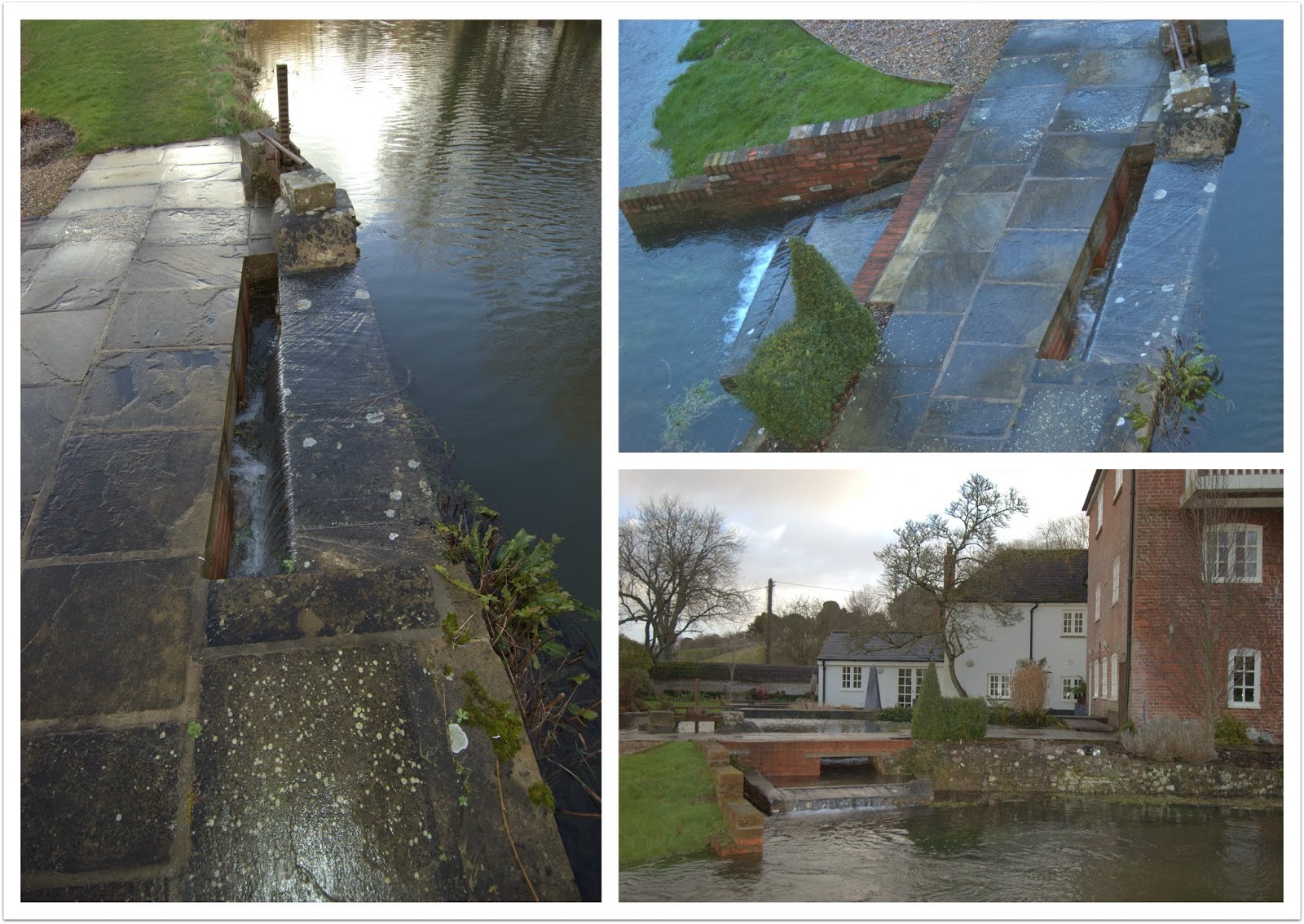 So whoever you are, Dutch water genius of medieval times, thank you. Your foresight has now saved me twice; once in 2003 and again right now.
Posted by Life of a Chalkstream at February 14, 2014