The headlines in the past few days for hedgehogs have been pretty stark - their numbers have apparently halved in the past 15 years. As is often the case the facts behind these sorts of headlines, generated by a pressure group, aren't always as rigorous as maybe they should be. You will find the press coverage caveated by plenty of phrases along the lines of 'reliable estimates of hedgehog numbers are hard to come by ...... '. 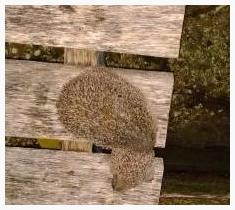 All that said from my various perambulations around the rivers I'd say I don't see as many Erinaceus europaeus as I did. Believe it or not, despite appearances, hedgehogs are really quite good swimmers. Living beside rivers is a favoured haunt with worms and insects aplenty plus, naturally enough, fresh water. They don't seem to relish swimming as a pastime but they will happily cross a fairly sizeable stream when need be.

I will also promise you for such a tiny creature a baby hedgehog, combined with a panic stricken mother, is capable of creating a considerable racket. Two winters ago I was at home beside the fire late one night when I heard this piercing wail outside; at first I assumed it was the cat or a stoat doing to death some rabbit or other but the wailing kept on and on. Eventually I had to investigate. There trapped between the slats of a bridge over the stream was a baby hedgehog, its mother at its side trying to haul it out.  But somehow however much the infant scrabbled and however much the mother screamed (I assume it was encouragement but it was hard to tell), the situation was not getting any better.

I headed back indoors, grabbed a tea towel and whilst the mother eyed me from a distance I managed to safely extricate the baby from the slats. The poor thing was completely exhausted so I left him (or it could have been a her) for while until the mother returned to investigate and then the two toddled off together.

You will read a great deal about river 'restorations'; in plenty of cases it is nothing of the sort. Chalkstreams in particular are very much the creation of man and the rivers have been adapted over millennia for all sorts of purposes such as agriculture, navigation, milling and so on - today we want something different from our rivers and so what we are really creating is something new that chimes with our current desires. I am not exactly sure under which heading the recent work on the famous Oakley beat at Mottisfont Abbey on the River Test would fall but I am certain that as the home of dry fly fishing under Frederick Halford he would have approved.

If you've ever fished the Oakley Stream you will know that the character of the beat very much divides into two sections; the first half is relatively shallow, with a fast flow over gravel and the river is very much part of the landscape. The top half is different in two ways; firstly the river almost seems 'above' the surrounding meadows the banks built up like small dykes and the river itself is deeper, without the gravel bed. This is probably not accidental. 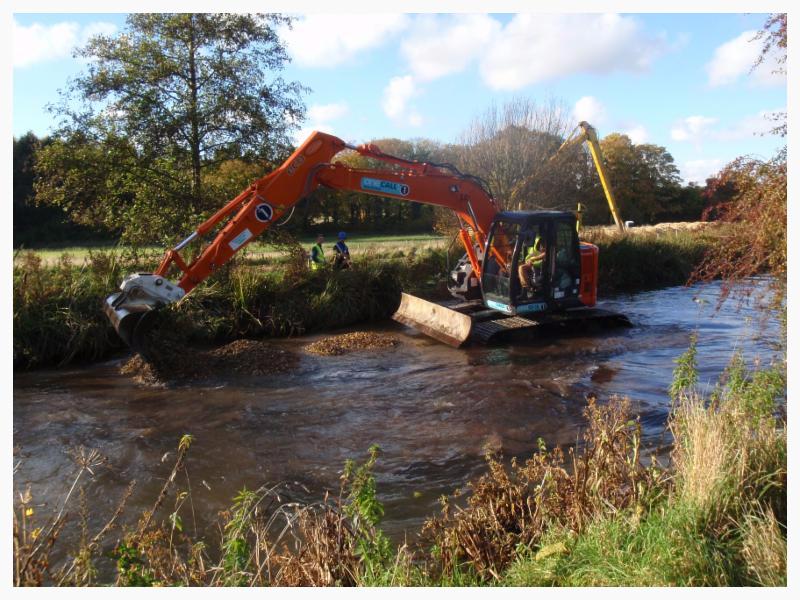 In all likelihood in the dim, distant past the gravel river bed was dredged out, the spoil used to build up the banks to their current height. I can't be exactly sure why this was but my guess is that the deepened main river was used as a reservoir to feed a now defunct side stream that branches off the Oakley Stream. What that side stream fed again I'm not sure but it could have been for water meadow flooding, fish rearing or powering a mill. These were fairly typical uses for a river in times when neither ecology nor fishing featured much in the calculation of many. 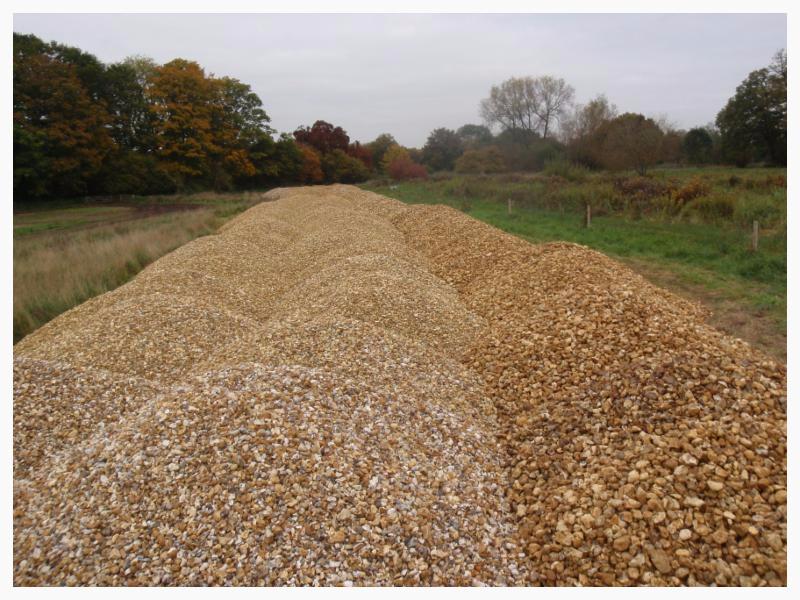 Today of course we feel differently; rivers are being changed to create a diverse habitat both in and along the river, with great emphasis on work that encourages a self-sustaining wild trout population plus spawning areas for salmon.

With all that in mind a jointly funded project between the owners of Mottisfont Abbey (The National Trust) and the Environment Agency, using the brains in the hydrology department of Southampton University, has seen 1,600 tonnes of gravel put into the upper section of the Oakley Stream. It has all been part of a scheme under the guidance of Heb Leman, the man who runs the Test & Itchen Rivers Restoration Scheme and really we have him to thank. 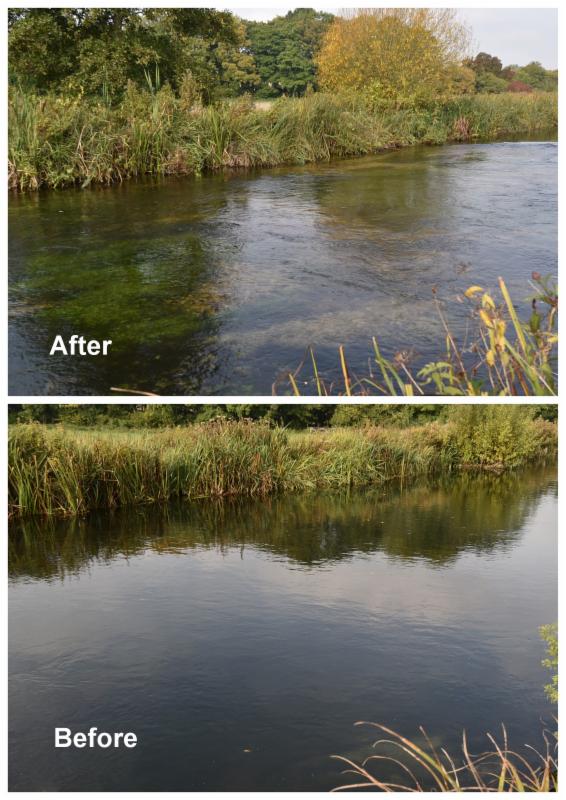 Yes, you have probably guessed that what Heb and the team are essentially doing is putting back what was dredged out all those years ago. It is a fairly common sight along the chalkstreams these days. ARK (Action for the River Kennet) recently completed a similar project in Berkshire with almost twice that amount of gravel, though shockingly they were making good dredging done as recently as the 1970's.

The work itself is quick and straightforward. Bring in the gravel; large stones for the base and smaller stuff for the topping. Scoop it into the river with a big machine and then use a smaller one in the river itself to profile the gravel. Job done. Sometimes the banks are graded down to create a gradual slope but this wasn't required at Mottisfont.

The before and after photos  give you some idea of what is trying to be achieved. The after is a short section that was done on the Oakley ten years ago. In fact it is a little on the shallow side so some of the gravel will be scraped off as part of this work.
The effect on the river is almost immediate; the heavy winter floods will re-profile the gravel yet again but in the exact way nature likes it. But even before then the new gravel will show those tell-tale pock marks as both the trout and salmon get busy spawning. Some judicious planting of ranunculus will kick start the weed growth and I suspect in less than a year it will all look totally natural, which is exactly how it should be.

Really no excuse is required to show this great photo of Jon Hall with the monster pike he caught back in February.

However if you want to read more about Jon's deadly weapon (a comb) and how he finds these huge female fish catch my interview with Jon in the December edition of The Field magazine. 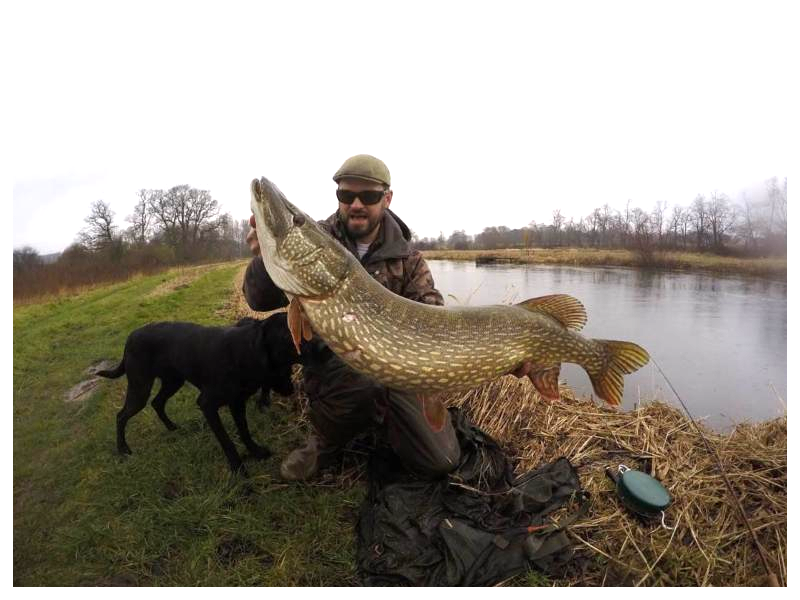 The usual random selection of questions to confound and amaze. Answers at the bottom of the Newsletter. It is just for fun!
1)   What speed does Usian Bolt reach during a 100m race?

I have watched a great many fly tying films in my time and frankly they are generally on the boring side of interesting. This one however, about tattoo artist turned fly tyer Pat Cohen, is different. Get a cup of coffee, set aside 10 minutes of your day. It will be worth it. 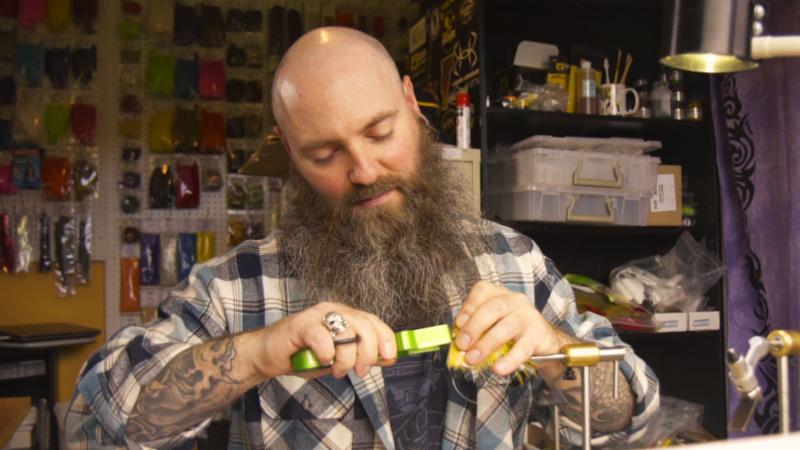 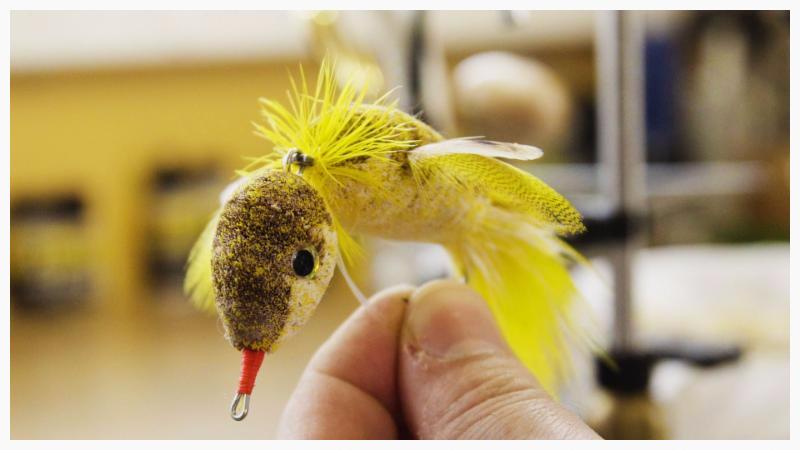 Here is the link that will take you to the Bloomberg page. As the screen will say click to watch or scroll down to read the article.

Enjoy the rest of the week.
Best wishes,