Our kind of vice

Our kind of vice

I watched Vice the other day. Before you jump to any conclusions it was on a plane and it is the award-winning Hollywood production starring Christian Bale portraying the life and rise of Dick Cheney, two-time Vice President to George Bush Jnr.

For those of you who don't know much about Cheney the film fills in his back story rising from a pretty-well-nothing hard drinking good 'ole boy in rural Wyoming to the second highest office in the land. He was, and is, an avid fly fisher. Wyoming remains his home, one of the great states of America for trout. It is the original home of the One Fly and a few years back I recall him attending the Awards dinner to present the prizes.

Fly fishing is used throughout the film as analogous to Cheney's life. One reviewer caught the tone of this perfectly, along the way nicely encapsulating the insanity of what we do in the name of pleasure:

"Fly-fishing is a challenging sport that necessitates a willingness to fail over and over again. It is an endeavour that requires infinite patience and cunning. It also requires the ability to read the river's cues to determine where the haul might be most plentiful, and it often takes years of practice until one has achieved an expert, arcing cast, that can hook the perfect catch. It would seem the ideal sport to prepare one to navigate the brackish, infected swamp that is Washington D.C. politics.

It's an easy metaphor Vice uses to help illustrate how a man with no discernible public service aspirations, questionable people skills, and a faulty moral compass that only points to the most shamelessly opportunistic outcomes can quietly rise to the most powerful position in the White House short of the presidency itself."

I mention all this because as the end credits roll you'll be treated to two minutes of insane fly patterns tied to illustrate Cheney's life: A Rapier missile. Nodding donkey oil well. Shell casing. Surveillance camera. The White House. The Bible. And plenty more some of which I'm still unsure as to what they are meant to represent.

If you don't want to watch the entire film to catch the end credits as ever the internet will come to your rescue with a 2:21 minute clip on You Tube.

It makes you wonder what flies we might come up with for Brexit: The Movie. Email me with your ideas or your creations. Watch the Vice credits here ....

How much do we really care?

I do wonder sometimes how truly engaged we are in saving our planet from self-destruction. We seem to veer between lauding minor victories with drinking straws to feeling good about global commitments by government that we know in our heart of hearts is very probably political window dressing. 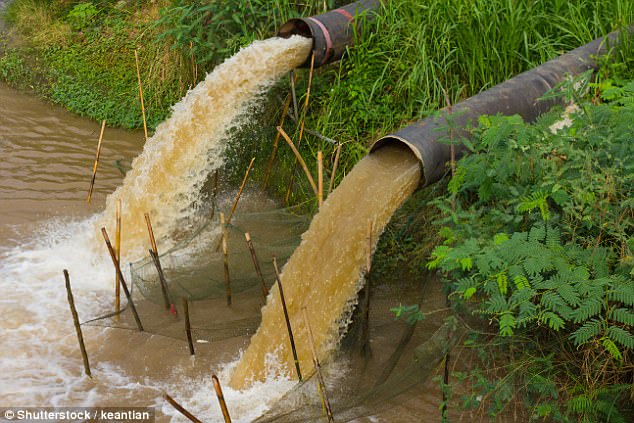 But somewhere in the middle the small stuff gets lost. The everyday actions that destroy the very country in which we live pass with little comment. Nobody gets angry. Twitter doesn't blow a fuse. Kids don't go on school strike. Marches don't happen. A few platitudinous remarks are uttered. Move on. There is plenty to see but we simply choose not to look. Last week's news about Southern Water's disgraceful practices struck me as one such moment. If you missed it here's the story in a nutshell.

Southern Water, the private company responsible for wastewater collection and treatment in Hampshire, the Isle of Wight, West Sussex, East Sussex and Kent, were fined £3m and instructed to return £123m to its customers by the regulatory body Ofwat for spills of wastewater into the environment from its sewage plants and for deliberately misreporting its performance from 2010-2017. By acting dishonestly (not my word but that of the Chief Executive, Ian McAulay) they polluted the rivers and seas of southern England from many of their 300 sewage treatment plants; to date we have not been told which plants or where.

There are so many depressing aspects to this story that I barely know where to start. Is it that it went on for a full seven years whilst the body charged with keeping our waters pure, the Environment Agency, failed to notice? It is not as if Southern Water didn't already have form having been fined £20.3 million in 2007 for 'deliberate misreporting' and failing to meet guaranteed standards of service to customers. The then Chief Executive Les Dawson said: "Today's announcement draws a line under a shameful period in the company's history". Well, it didn't then. We only have hope that it will today.

Or is it that Southern Water are, for the most part, being asked to pay back to their customers the money they took for not doing the job in the first place. It is, by the way, just £61 per household, spread over the next five years. £17 this year and £11 over the following four years. About 5% of an annual bill. Just for the record in the period 2010-17 Southern Water made a profit of £834m.

But I guess in the end what depresses me most is that nobody seems surprised or angry. We expect water companies to cut corners. We anticipate that the environmental oversight will be inadequate. We know the financial pain watchdog inflicts will be nip rather than a bite.

Only 14% of our rivers are classified as in good health. Are we surprised?

I am delighted to announce that Kris Kent will be taking up his new position with us in early August. Kris, who many of you may know through his current job in the Stockbridge Orvis store, as a One Fly Guide or for his volunteer work with the Wild Trout Trust, will be based here at Nether Wallop Mill.

His commute is actually not many more steps than mine - he lives in the village. That said he'll be as much out on the river guiding, teaching and assisting river keeper Simon Fields as in the office. Actually his arrival will herald a bit of a change of pace for Diane and myself for after working out of The Mill for more years than I care to recall we are moving into a newly built office across the other side of the road.

I have carved it out of the side of the chalk down (we unearthed a meteorite in the process) and though it doesn't have the river view it does overlook the meadows and is infinitely more suited to the demands of 21st century technology. 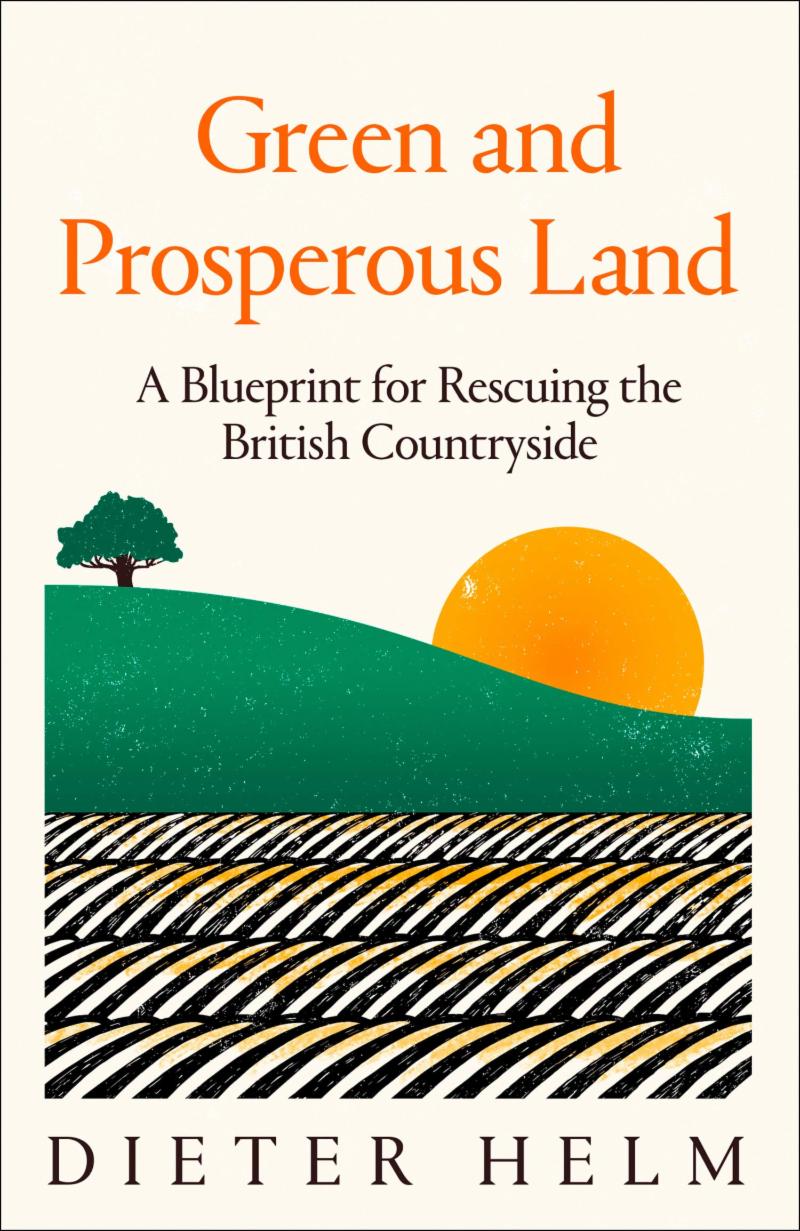 Al Bernstein, the American actor, sportswriter and film producer (he has Rocky V to his credits) once wrote of June: Spring being a tough act to follow, God created June.

He well could have been predicting June 2019 when we swung from deluges to heatwaves.I had calls from people on the way to the river who had to pull over to the side of the road such was the intensity of the rain.

Shall I bother they'd ask? I always say yes. Fishing is a fickle sport and I'm yet to catch a fish other than when fishing. And so, it often turned out to be the right call. Murderous morning. Magnificent afternoon. Such is the glorious uncertainty of our pursuit.

Well done to John Davies who fished at Barton Court who wins the June feedback draw. A copy of Green and Prosperous Land by Dieter Helm which I reviewed a few months ago is in the post.

Continuing the normal random selection of questions, with little theme beyond the 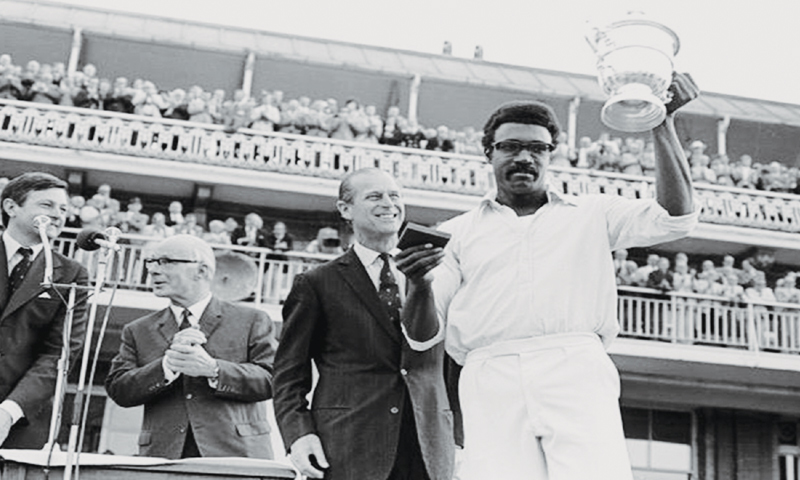 topics in this Newsletter. As ever, it is just for fun, with answers at the bottom of the page.

1)      In what years was George Bush Jnr. in office as President of the USA?