Beneath the sagebrush slope of an Idaho mountain lies Ketchum Cemetery. In truth, it is not much of place. A few hundred plots at most. The commuter traffic speeds by on the local highway. A slightly down-at-heel strip mall faces the entrance. Behind the gates it is for the most part hard to discern the graves beneath the snow for this is March; snow season has another month to run. But I'm not here for the alpine sports for this is the final resting place of Ernest Hemingway.

Hemingway had arrived here for the first time in the mid 1930's, his celebrity status enough to secure him a free extended winter family vacation to promote the newly opened Sun Valley ski resort tilted at the Californian market. It worked; Sun Valley remains a retreat for west coast American 'old money'.

But Hemingway's association with Sun Valley was not immediately enduring for when the Second World War started his visits ended, his post war homes first in the Florida Keys and then latterly Cuba.

In 1959 he bought what was to be his final home on the outskirts of the town of Ketchum, which serves Sun Valley. The Hemingway House as it is now called as a writer's retreat, is no architectural masterpiece. Nor is it very big. Modest in fact. A two storey, four-bedroom building along a dirt road that clings to the side of a canyon with the sound of the Big Wood River rising from below with the peaks of the Pioneer and Smoky Mountains in the distance.

If you had to choose a place to end your life you could do a great deal worse, as Hemingway did early on the morning of 2 July 1961, his wife Mary waking to the retort of a shotgun from the veranda. He was buried a few days later beneath a plain granite slab which simply states his name and dates of birth and death. Nothing more. No references to Hemingway the writer. The Nobel prize winner. The man who defined for a whole generation the notion of masculinity.

Sadly, at least judging by the shrine beside the gravestone, it is the latter for which Ernest Miller Hemingway is most remembered. The tracks in the snow show I am not the only person to have recently made this pilgrimage to his graveside which is now flanked by his wife, children, grandchildren and friends beneath a cluster of blue cedar pines that shelter them all from the snow and sun.

They are in death, as in life, fellow travellers in the Hemingway legend. On the slab visitors have left a lottery ticket, the butt end of a cigar and multiple coins. To one side is a tableau of beer cans, whiskey bottles, chewing tobacco and the other accoutrements of the rakish lifestyle. It seems his frailties are better remembered than his books.

Which is a shame. For Hemingway can be rightly attributed to the surge in popularity in fishing and hunting (in the American sense of game shooting) in both the pre and post war eras. He made them glamorous. Exciting. Whether he was in a muscle fight with a marlin in the Caribbean, trout fishing in Spain or wing shooting in dusty high country the camera followed him. People wanted to be Hemingway. Do the things he did. Go to the places he went. In the escape from the humdrum reality of life you, with a gun or a rod in your hand, could, ever so fleetingly, be Hemingway.

I think it is fair to say that we in the fishing and shooting business are still living off the second-generation Hemingway legacy, but it is a dangerously aging demographic. Other sports and pastimes, with new heroes, have overtaken us. Which is fine. That is the natural evolution of how society distributes its leisure time. But just a little bit of me wishes that a 21st century Hemingway might appear to tell the world of the wonders we love.

Once more unto the barricades
It seems I was a little premature in the last Newsletter; we might have beaten off the combined insurgency of the dreadful Wheelabrator and the EDF wind turbines from the headwaters of the Test Valley but as regards the latter it may only be a temporary victory. It seems the Boris Johnson government are about to lift the ban on land-based wind turbines that David Cameron introduced in 2015.

Once again, we'll rely on our local wits to fight the cause, plus the backing of such organisations as the Campaign to Protect Rural England (CPRE). It is slightly invidious to single out any one body from the Wheelabrator victory but the CPRE certainly deserve a special mention in dispatches and I'm going to repay the favour by way of a Life of a Chalkstream talk as a fund raiser later in the year

I'll keep you posted but it will likely be in September or October in Littleton, a village just outside Winchester.

A healthy river
I think it is fair to say that we often fall into the trap of seeing the chalkstreams as a fish duo culture, primarily home to trout and grayling, with occasional visitors from the sea. But a recent survey of our stretch of the River Wylye at Steeple Langford is a gentle reminder that such assumptions are intellectually lazy.

Electro fishing has fallen slightly out of favour in recent years - some maintain it damages the invertebrate population - but it remains a useful tool to divine precisely who swims in your river. For those of you who know Steeple Langford the survey took place on a 100-yard section immediately below the weir pool, stop nets put at either end to ensure the three sweeps returned accurate results.

How many types of fish and how many fish in all were recorded do you think? Well, I must admit I was surprised: 10 species and 277 measurable fish. That breaks down in descending order as Atlantic salmon (120), Brown trout (97), perch (29), grayling (26), pike (4) and eel (1). The lampreys, minnows, bullheads and Stone loaches were too numerous to record.

All in all, very impressive, not forgetting this accounts for just one tenth of the beat with the trout ranging from a few inches to over thirteen, with the average around six inches. This is, it is worth noting, an all wild beat with no stocking for many years.

This is the ninth time this survey has been conducted since 2006. It seems the trout population remains for the most part remarkably consistent though the other populations vary greatly; this year marks the highest for the salmon whilst being close to the low end of the range for the grayling. The eel population remains worrying low. 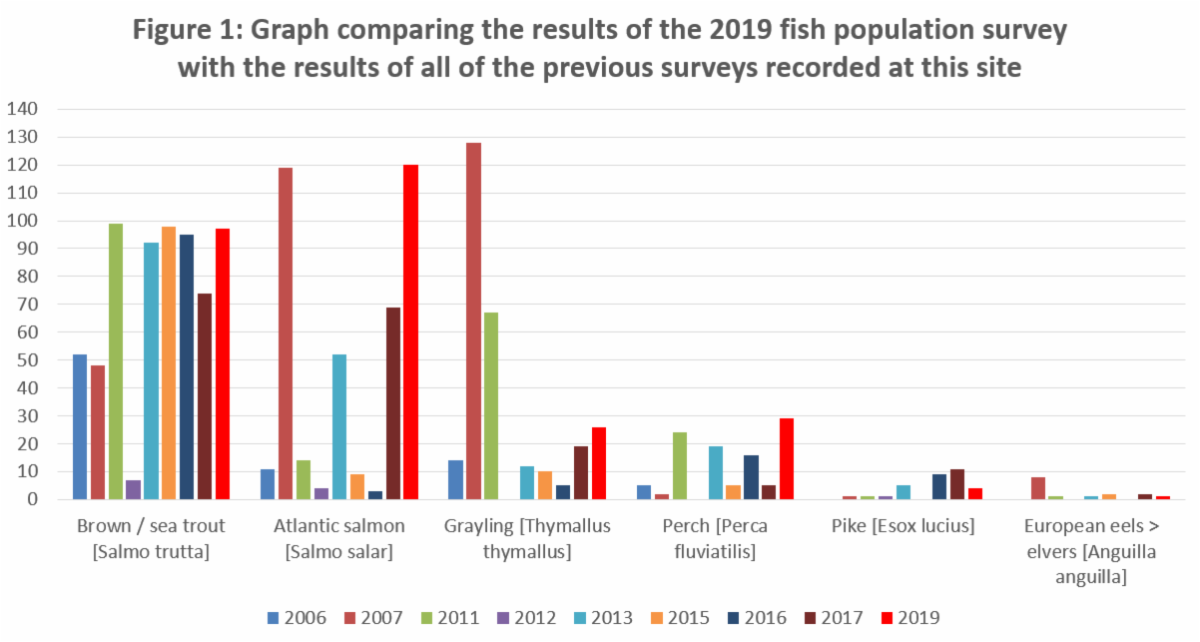 My thanks to Chris Rowland and the team from the Environment Agency office at Blandford for conducting the survey and sharing the results.

As ever no theme this week other than tangentially the Newsletter topics. It is just for fun, with answers at the bottom of the page. 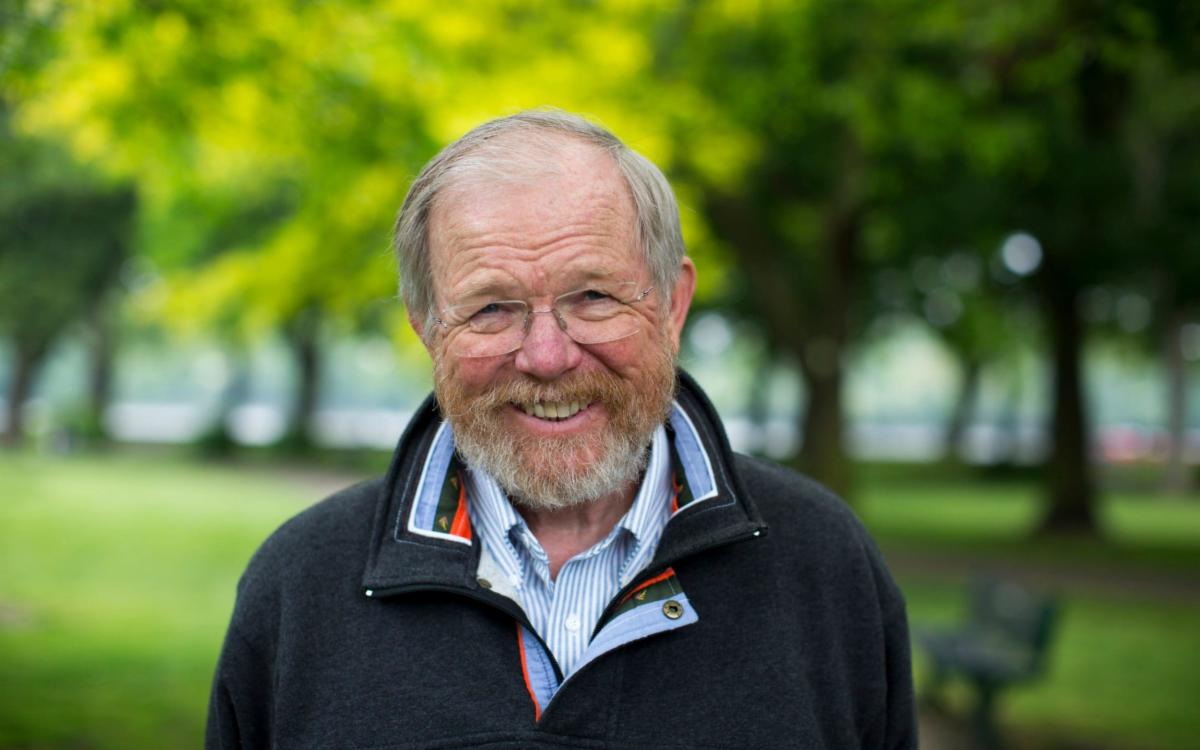 1) What does the confectionery name M&M's stand for?

2)  For which book did Hemingway win the 1954 Nobel Prize in Literature?

3) Which best-selling American author was President of the CPRE 2007-2012?
Have a good weekend.

Answers:
1)      Mars & Murrie. Forest Mars estranged son Mars founder Frank Mars and Bruce Murrie son of William Murray who was the President of rival Hershey's.
2)      The Old Man and the Sea, though technically is was for his writing as a whole the committee stating, "for his mastery of the art of narrative, most recently demonstrated in The Old Man and the Sea, and for the influence that he has exerted on contemporary style."
3)      Bill Bryson who wrote amongst other books Notes from a Small Island (that's us) in which he nominated Nether Wallop as one of the 10 best things about Britain.
Posted by Life of a Chalkstream at March 13, 2020