It's been one of those jobs I've put off for a while. It was hard graft the last time I did it a decade ago. A cast iron steel mill wheel that dates back to the 1860's might well be a thing of a certain beauty but it is not an easy job to repaint.

There has been a mill on this site for well over a thousand years; we are listed in the Domesday Book. It is hard to know the exact date of the current building but the foundations are probably 14th century, the main brick structure of 17th century Dutch influence (they arrived to construct the water meadows around that time) with the final configuration as we see it today in the late Victorian era.

The current wheel itself and the water control mechanism is easier to date having been made in the Tasker's foundry in nearby Andover, replacing a wooden wheel.

When I first arrived here in 1999 the wheel had not spun for years; the axle bearings had been stolen (valuable bronze) and the wheel had subsided against one wall, with the sluice gate also nowhere to be seen. I subsequently found the latter in the bed of the brook at the tail of the mill race. It is now repurposed as a sign. 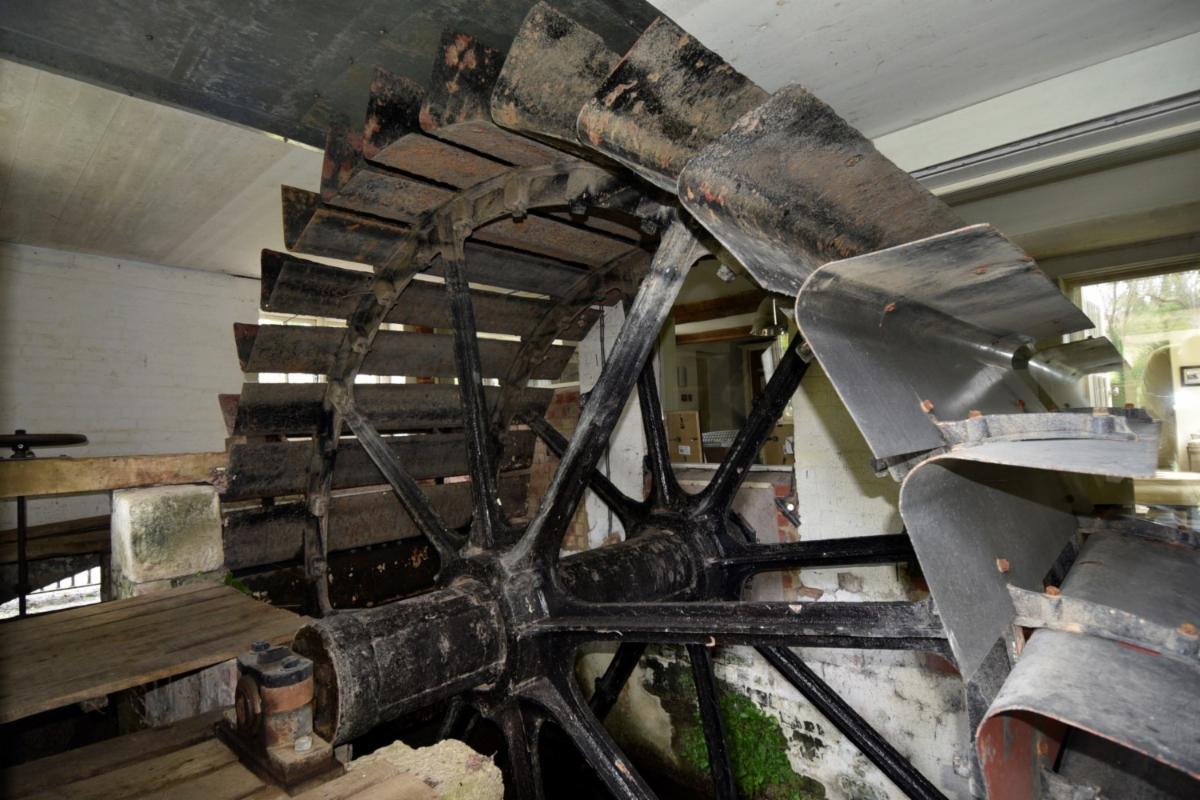 At one point I was considering removing the wheel altogether, but as it turns out bringing the mill wheel back to life was not as hard as I thought. There are still skilled millwrights to be found, so with a series of car jacks, a trip to the foundry for new bearings and a steel fabricator for the control gate the wheel was restored. Today it spins around merrily in the winter months, keeping my home and the village dry, though the grinding mechanism it once powered is long gone.

There are 32 buckets (the proper term for the paddles) plus the spindles and axle all of which have to be scraped of loose rust in preparation for a special corrosion treatment prior to being painted proper.

Actually, the corrosion treatment is a rather odd paint. It goes on white as you first apply it with a brush, but after a short while it turns blue at which point you have to agitate it for a further two minutes with it giving off all sorts of weird chemical smells. Needless to say, I've been unable to get a suitable mask, so at least that part of the work goes by in something of a haze ....... eventually it dries black.

So, as of today I have completed the full rotation. All the prep work is done. Screwfix have delivered an industrial quantity of black metal paint. You know where to find me.

Taking a break in the past

Let's be honest, sometimes fishing days can be slow. Or your heart is not entirely in it. Whether it is you. The fish. Or the weather, the stars simply don't align. Sometimes a trip to the pub or a snooze is enough to break the hoodoo. Other times you need something different. And you'd be surprised what history lurks around the turn of many a river bend.

I was having one of those days a few years ago on the Blackwater, the most downstream of all the River Test tributaries. On the way there, and a hundred times before, I had driven past the road sign that pointed in the direction of St Margaret's Church in East Wellow, the burial place of Florence Nightingale.

In recent years, mostly prompted by two BBC pieces, there has been some revisionist history regarding the Florence Nightingale story: essentially, so it goes, she wasn't the great reformer she was purported to be. It is true she came from high birth. A wealthy family who, remember this is the 1840's, expected her to marry well and do her familial duty. But she had other ideas, determined, in the teeth of fierce parental opposition to pursue her calling from God and the desire to fulfil her belief in public service.

It was as a nurse during the Crimean War of the 1850's that she first highlighted the unsanitary nature of battlefield hospitals where the wounded were ten times more likely to die from disease such as typhoid or cholera rather than the battle wounds themselves. Nightingale implemented handwashing (sound familiar?) and other hygiene practices in the hospitals in which she worked. After the war she returned to England campaigning for better sanitation in both hospitals and homes before setting up a nurse training school with her own money in St Thomas's Hospital, writing and lobbying government (high birth gave her high connections) for the remainder of her life.

So, it was by way of that life that she was laid to rest in the graveyard of a stunningly beautiful Hampshire church at the end of a lane that goes nowhere. St Margaret's is typical of its time and the natural building materials of the locale; squat, thick flint walls with an expansive red tiled roof on hefty oak rafters. The wooden bell tower looks a bit incongruous but that is likely a product of a period in English history when permanent towers and spires were pulled down to avoid taxation.

Though Florence Nightingale was raised in the Wellow parish, home to the family estate at Embley Park, burial in her local church was not a given. To start with she wanted her body to go to medical science, but the family would not posthumously accede to her wish.

The government of the day confused the picture yet further by offering a full national ceremony with burial in Westminster Abbey; the family declined this offer. So, in something of a compromise, on 20th August 1910, after a funeral service in St. Paul's Cathedral, Nightingale's body was bought by train from London to Romsey, and thence by horse carriage the 5 miles to Wellow for burial with her parents.

If you are ever passing that way, or the fishing day demands it, it is worth the visit.


Fly fishing around the globe

You also have to feel immense sympathy with the warm water salt fly fishing lodges. Many were still rebuilding after the 2019 hurricanes but now, with the shutdown in air travel and probable restrictions to come, 2020 looks to be grim. Even when we return to whatever 'normal' looks like you do wonder whether there will be a fast recovering appetite for international travel.

Australia - fishing allowed in some states (e.g. New South Wales) but not in others (e.g. Victoria)

United Sates - varies according to state. For most it is largely fishing as usual e.g. Florida, Colorado, New York State and Virginia whilst limiting groups to two but no guiding permitted. Others have positively encouraged getting out to fish to the extent of opening the season early e.g. Connecticut, and Rhode Island. However, many popular rivers have been inundated so some states have limited licences to state residents or restricted numbers by surname: last names A-M can fish on even numbered calendar days with N-Z on odd.

The current outlier is Michigan where the shutdown includes all fishing and hunting leading to mass demonstrations and gridlock around the State legislature.

New Zealand - banned along with tramping, hunting, boating, surfing.
My view back here at home? Well, the newly extended lockdown takes us to 7/May so I think its fair to assume no fishing before then. However, I'd have thought outdoor activities (golf, national parks, garden centres etc.) will be the first to restart as the lockdown eases. I doubt we'll get any specific government guidance on fishing so we'll have to take our cue from others. Maybe, just maybe, we'll get some Mayfly action .........

I see  Happy by Pharrell Williams is the most played song on UK radio for the decade 2010-19. I mention this because plenty of you have told me I was a bit miserable last week so, the in absence of any more mentions of the Smiths or the Clash, I thought a quick splash of mindless pop might cheer us up.

Likewise, I'm grateful to Rachel Shimell who looks after the PR for those of us who are members of the Southern Tourist Board.

As I had ignored her email requesting 'good news stories' she dug around on the Fishing Breaks site and rightly reminded me of this great Directors Cut for CHALK.

Happy days are not far away.

No particular theme this week but as ever, it is all just for fun with the answers at the bottom of the page. 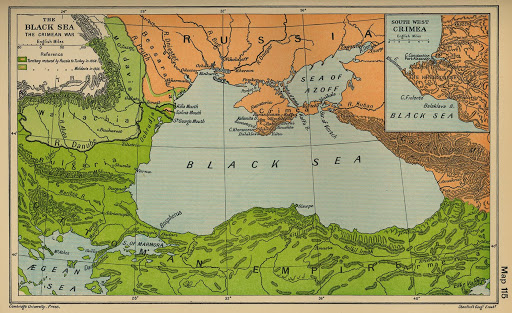 3)      What is the birth flower for the month of April?
Have a good weekend.