As you might imagine I am not a great one for meetings and especially not ones that bear any close resemblance to a committee. So it was with a certain amount of trepidation that I took myself off on Monday to the AGM of the River Allen Association for the first time ever. 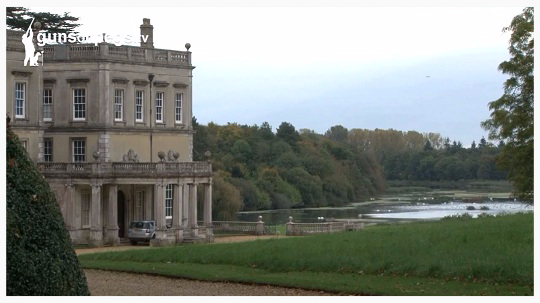 I guess I should have guessed the venue was to make this something out of the ordinary.  Crichel House in Dorset must rate as one of England's most beautiful county homes, the cream sandstone Classical Revival mansion overlooking a lake fed by the Allen. The shoot room had been laid out for our meeting around a long table draped with crisp, starched linen. As I settled into one of the matching twenty four antique dining chairs I prepared for the usual litany of administration, accounts and points of order. But remarkably under the deft chairmanship of William Hanham this was all dispatched within ten minutes at which point everyone around the table was invited to say a few words reporting from their particular beat on the Allen or the organisation they were representing.

And there were all sorts. The one that immediately caught my eye was a gentleman whose nameplate announced him as from Sembcorp which sounded rather sinister. As it turned out the name was about to be consigned to the Room 101 for daft business names with the firm was returning to its old title as the Bournemouth Water Company. This is one of the smallest water companies in Britain with a  catchment that takes in most of the Dorset chalkstreams. Interestingly he had news that since the roll-out of metering household water usage was steadily declining, a trend they expected to continue into the foreseeable future.

The hydrologist had less good news; every month since December has seen average rainfall at less than 50% of what is normally expected.  Groundwater levels are a tad below usual, but not enough to make anyone panic. The ground moisture is -1.5%, which he helpfully explains means that any rain that falls from now on will mostly be  sucked up by the land before it has a chance to recharge the rivers. How different to this time last year. Mother Nature has a habit of equalling things out.

Tom Troubridge, the retiring cormorant licensee ( I bet you never knew there was such a thing) delivered the best speech of the day charting his 15 years spent battling the Bristol authorities to obtain a licence on behalf of the Association to cull cormorants in the Allen valley. In many respects there is something utterly Pythonesque about the whole process. The bureaucracy that granted the original licence to cull a single cormorant in the first year. The changes of policy that happen at a whim. The presumption that these birds are a good thing until proved otherwise.  But all credit to Tom, he took on Defra and won.

And so around the table we went; Dorset Wildlife Trust, Environment Agency, Waitrose, East Dorset Council and the River Trusts to name a just a few. It was a remarkable gathering of people whose lives are touched daily by the chalkstreams and understood they could contribute, directly or indirectly, the conservation of something as special as the River Allen. When it came to me I couldn't compete with any of them on their level of expertise, but it did lead me to reflect on how the swingometer of public opinion has changed. 25 years ago it would have been inconceivable that a supermarket chain, water company, and river owners would have sat around a table for a morning to simply share news, views and information. Back then a river association meeting would involve a damn good argument about weed cutting dates, complaints about the lack of fly life accompanied by everyone's pet theory before we all went away not really much the wiser.

Now I'm not saying the chalkstreams are in prime condition; you will have read enough recently to know that pollution, urbanisation and competition for a scarce resource is not without its problems. But sitting around that table I have a sense that we have gone beyond passively managing decline. In the past the temptation was to say the problems are bigger than us, so what can we do? But clearly we can do a lot and it is a huge credit to everyone who sat around that table on Monday who are working to protect, improve and conserve our uniquely English chalkstreams.

The feedback draw is back for a new season. It really is hard to overstate how valuable your contributions are to me. I can't spend as much time on the rivers as I would like (!) so hearing what you see and report makes the world of difference.

I really do read and reply to every single one; I sometimes can't keep up when they come in thick and fast during the peaks months, so please bear with me if you don't hear back immediately. I do also share your reports (anonymously if I think that is best) with the owners and river keepers; I can promise you that sometimes you cause a flurry of phone calls and as a result things do happen.

This year the monthly winner has a choice: a signed copy of Life of a Chalkstream in paperback or a Union fly box. I will not be offended if you choose the latter! The end of season draw is for a wonderful Hardy Cascapedia reel.
Well done to James Rawlins who wins in April having fished Avon Springs on the River Avon. James let me know whether you would like the book or box.

Quiz
A trio  of questions to either confound you or confirm your brilliance. Answers as the bottom of the Newsletter. It is just for fun!

1) What bird is Cuculus canorus?

2) What time is sunset today on the River Test?

3) Who is the Minister for Environment?

There is not much doubt that it has to be Ephemera danica that has just started to show in good numbers during this week, but maybe a few days later than usual this year. It is the way of the world that us fishermen get far more excited than the fish when the first hatch appears; the old fish take a while to remember what it is all about and the young fish a while to understand.

Mayfly fishing is a waiting game most days; you will need to give it a few hours until they start to appear (often 3pm is the witching hour) so up to that point small amuse bouché such as Black Gnats or Olives will sometimes stir fish that are otherwise patiently waiting the arrival of the main course.

Some days fish can switch rapidly between the emerging, hatched and dying mayfly, so have a variety of patterns to hand. Don't forget a 5lb tippet to make these wind-resistant flies turn over with ease. Finally if you do see early morning activity, and this will happen mostly in weeks three and four of the hatch, it is a good bet that the trout are taking spent mayfly from the day before. 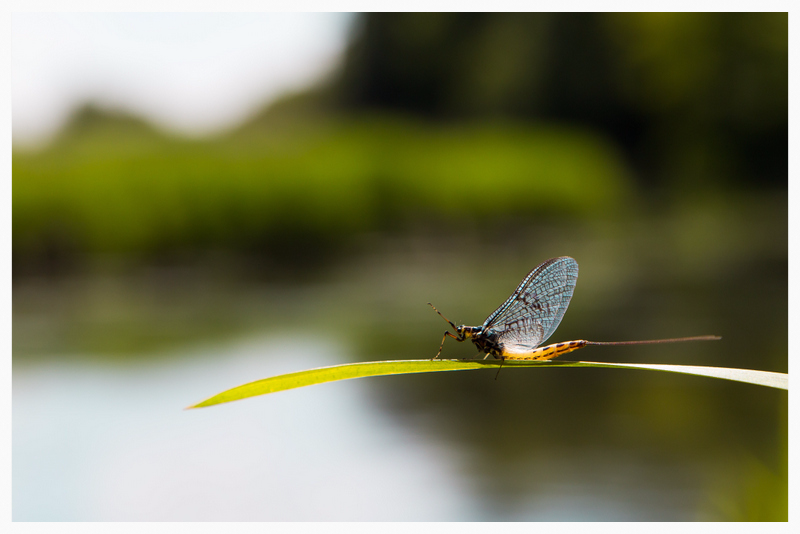 The One Fly seems like a distant memory now but if you'd like to see a wonderful cri de coeur by two time winner Chris Sandford, who didn't do quite so well this year (!), Matt Dunkinson's three minute video of the day is worth a viewing. Click here to watch .....