Sea trout fishing the old way
Last week I went to the New Forest to witness something that by rights should not be happening. A way of catching sea trout that dates back centuries that was it not for a quirk of law, the persistence of an individual and the enthusiasm of a community would by now be a footnote in history. 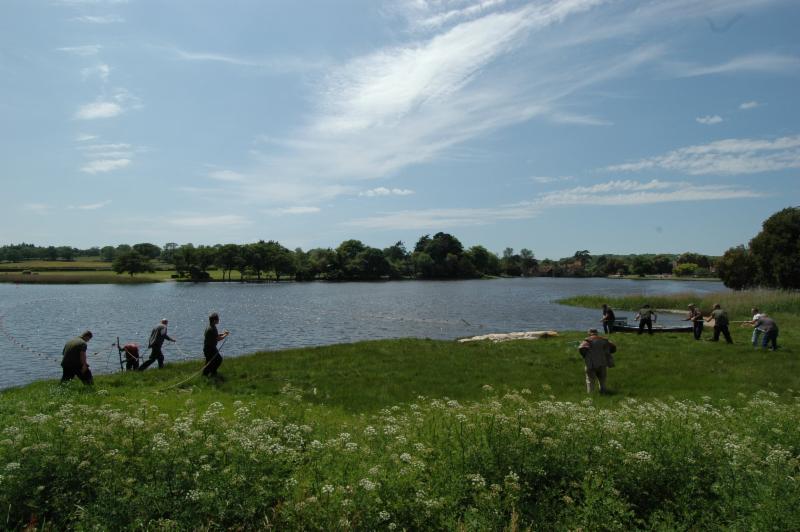 It starts with the Beaulieu River, an unlikely candidate for one of the best sea trout runs along the southern English coast, rising as it does in the heart of the New Forest. If you follow the river down its 8 meandering miles from the source at Lyndhurst to where it becomes tidal 4 miles from the sea it is rarely a big or powerful river. To my
Headwtermind it always looks a little uninviting for fish, the water and riverbed usually tea colour with the banks close cropped where the Forest ponies, pigs and cattle seek out every last blade of grass.

But clearly sea trout know something I don't. Maybe it is the loose gravel bed, perfect for spawning, that is a feature of the Forest landscape. Maybe it is the lack of competition - salmon are never seen in the Beaulieu. Maybe it is the fact that the New Forest, at least around the Beaulieu, has changed very little in hundreds of years. Whatever the reasons the fact remains that here is a river that captures the imagination in the same way that sea trout seek it out.

For the Beaulieu is an unusual river in that it is entirely owned by Lord Montagu of Beaulieu. Firstly, it is a rarity for an entire river system to be in a single ownership, but more importantly the bed of all other English and Welsh rivers is owned by the Crown. You might own the land and you might own the fishing rights but you won't own the river bed. That belongs to the Queen. But not so on the Beaulieu and from what I gather it was this quirk of ownership that has allowed the ancient tradition of seine netting to continue to this day on the Montagu Estate.

Seine netting is truly ancient, depicted in Egyptian wall paintings dating back to 3,000BC and the principles have barely changed in five millennia. Take a net of a hundred yards or more shaped a bit like a tennis net, weighted at the bottom and buoyed by floats at the top. Anchor one end close to shore and then row out into the estuary in a big semi circle before returning to shore. Then draw in the net making sure it remains tight to the bed, making a purse of the net that gradually gets smaller and smaller until you have the entire net up on the shore, hopefully full of fish. 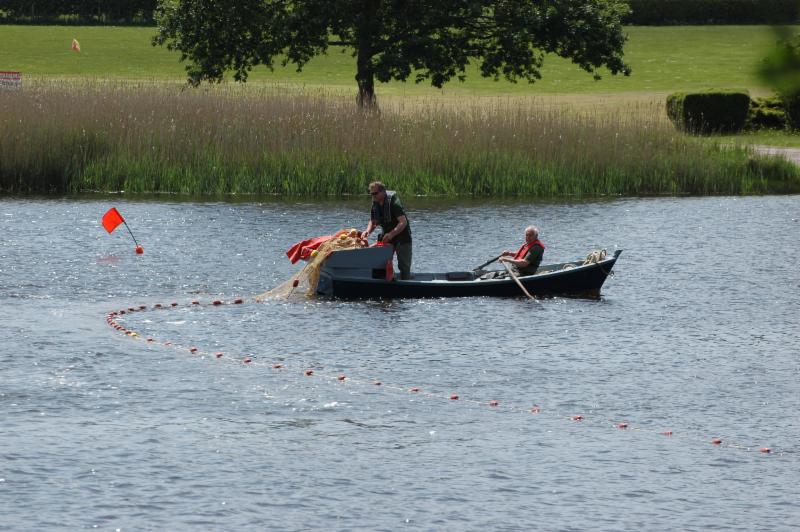 On the Beaulieu they have been doing this since medieval times, the net deployed on the chime of high tide to catch eels, sea trout, sea bass and mullet which are, naturally enough, the property of Palace House, the home of Lord Montagu. But some years back the authorities decided that salmon and sea trout netting should cease not just at Beaulieu but along the south coast generally. As you might imagine something of a row ensued as modern protocols and ancient practices butted heads. The result? Well, ancient won the day by virtue of the unique ownership status but only for the Beaulieu. As far as I can ascertain there is no other sea trout netting anywhere on the south coast , plus one set of salmon nets a few miles west at Mudeford. 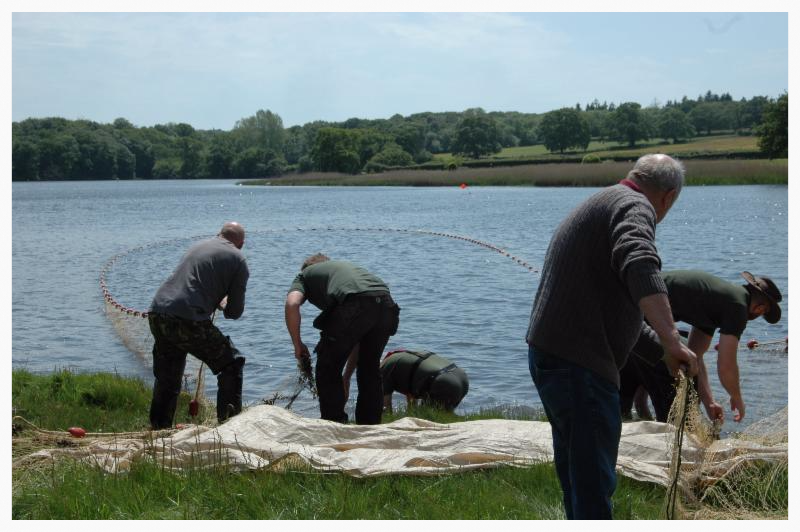 Now, not everyone was entirely happy with this outcome - netting is unpopular for plenty of good reasons as unregulated it does not do much to preserve a species. But somehow what I saw on Friday mitigates all that.

There is no economic rationale for the netting. Make no mistake it is an indulgence for the Montagu family that believes in preserving ancient traditions. Seine nets cost thousands. The boat, wooden and old, needs constant care. And it takes two men in the boat and twelve men ashore to shoot, pull and clean the net, all employees from the Estate ranging from the game keepers to Paul, one of the decorators.

As we all gathered just before 1pm, ahead of the 1.20pm high tide Alan, who has been rowing the boat for the past 40 years dampened my expectations - three sea trout were caught in all of 2014. But this didn't seem to deter the enthusiasm of anyone - everyone involved was incredibly excited. A new day, a new tide, new hope. Villagers and tourists milled around watching Alan launch the boat from the jetty with Paul paying out the net by hand and as the first few yards settled in the water, the crowd rushed down the beach to where the catch would be landed. And rush you have to. This whole process is over in a matter of a few minutes. Alan rows with accomplished strength, describing a perfect semi circle to bring the boat back to shore where he hands over the rope and the haul begins.

The haul has to be fast and smooth, with two guys in the water at either end to hold the net as close to the bottom as possible as quite naturally the fish don't like the confines of the net, especially as the purse gets smaller and will do their best to escape. All this is going on whilst the dozen others on land strain tug-of-war-like with the weight of the wet netting. The net comes in so fast that it is hard to tell whether there are any fish but a few cries and pointed fingers suggest something might be caught as the net is bundled up onto the shore. As the folds are peeled back a mullet is revealed and then, to the utter delight of absolutely all of us, not just one but two sea trout. Photos, measurements, tags, excited laughter and congratulations rang around the shore. The collective joy of such a disparate group of people was wonderful to behold - nobody quite knew the words for sea trout in either Japanese or German but I think they got the general idea. 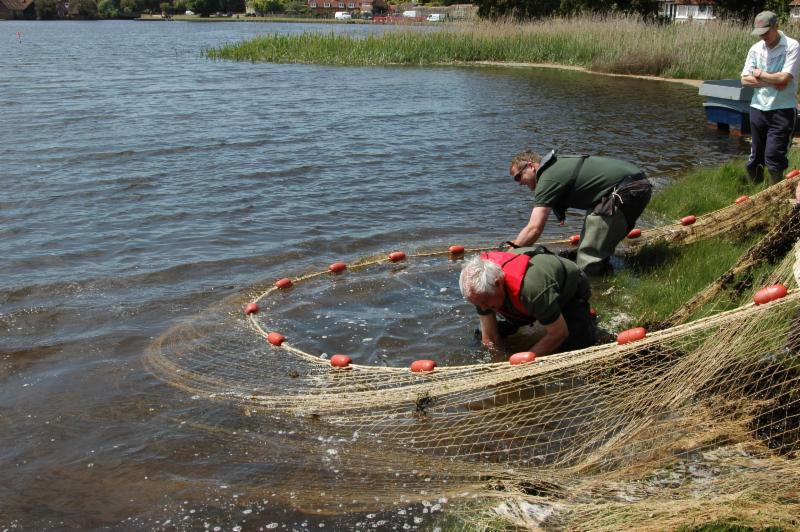 If the guys move fast there is time to shoot the net a second time before the high tide ebbs. With two fish under their belt they needed little urging, the net soon cleaned and refolded back onto the boat. The second shoot was a little further up the estuary, the process exactly the same but this time the heighted expectations were dashed as the net came up empty. 'That', Alan told me, 'is a bit more normal.' So as the man from the Palace arrived to take the sea trout for Lord Montagu's supper, I left pondering on the rights and wrongs. Yes, two trout had died in what some might regard as an 'unsporting' manner but many more will pass through unscathed in the days, weeks and months ahead. Set against that is the preservation a wonderful piece of rural pageantry the like of which you will never see anywhere else. I think it is a fair exchange.

The Beaulieu Estate welcome visitors to watch this traditional method of fishing, which can be viewed from Factory Meadow and the Timbrells, opposite Palace House on the following Fridays: 19/June 1.30pm. 3/July 12.20pm. 17/July 12.20pm. Don't be late or you will miss it! Google map link

Kanara on the River Itchen has been a Rod Box beat for as long as I can remember, so I suspect over the years many of you have fished this beat that is below Winchester. Well now, if you want to splash out a bit more than the price of a day ticket it can be yours for £375,000.

The sale is being handled by George Burnand in the Winchester office of Strutt & Parker. A keen fishermen himself George says of the fishing, 'It is a combination of a quick flowing stream with deeper slower sections towards the bottom of the beat and is largely a wading stretch of water. It is stocked, has a wild trout population and is noted for winter grayling.' 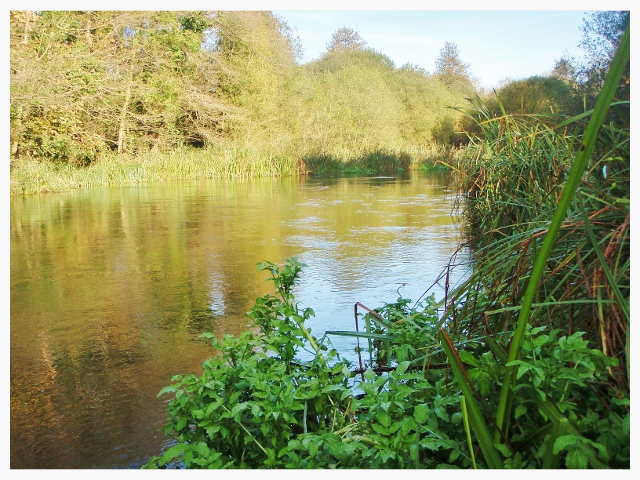 If you Google map Kiln Lane, Otterbourne you will locate the double bank fishing that runs downstream for 640 yards from the bridge. George Burnand may be contacted on 01962 869999
george.burnand@struttandparker.com

It's Father's Day coming up next weekend (June 20/21) and though I don't think I would exactly endorse the use of the 'fly' in the photo you can't knock the sentiment. If you want to celebrate with some fishing here are some fun ideas.

Fish for FREE with Dad 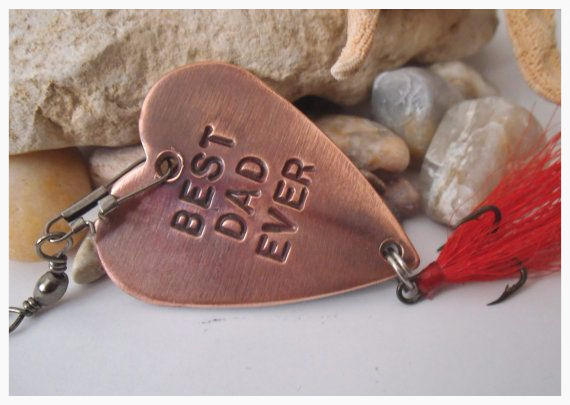 I have picked out some beats where one child (under 16 please!) may fish with Dad for free. In most cases all the family are welcome to come along.

Prices are for one adult and a child. A second rod is available on all the beats except Exton. To book call 01264 781988 or go on-line. If you just want to send Dad off on his own there are other choices. For a full list click on this link.

Firstly, my apologies to anyone still awaiting a reply to a feedback you have sent in recently. I have something of a backlog which I am dutifully working my away through.  The weed cut gives me a slight respite in the action, so I'll be through them all shortly.

This year the monthly winner has a choice: a signed copy of Life of a Chalkstream in paperback or a Union fly box. I will not be offended if you choose the latter. The end of season draw is for a wonderful Hardy Cascapedia reel.

Well done to Andrew Mackean who wins in May having fished the Half Water on the River Test at Middleton. Andrew, let me know whether you would like the book or box.

Quiz
A trio  of questions to either confound you or confirm your brilliance. Answers as the bottom of the Newsletter. It is just for fun!

1) What is the current British sea trout record?

2) When is the longest day in the northern hemisphere?

3) What is the common name for ranunculus?