I suspect we will be a nation divided as midnight approaches on New Year's Eve. In the one corner there will be the Brexit/Trump contingent still partying as if there is tomorrow. In the other will be the Remain/Clinton camp musing that there may well be no tomorrow. Who is right and who is wrong I have no idea, but what I do know for sure is that the rains will fall, the rivers will fill and by April the dark nights of winter will be a long distant memory. Like the emerging insects we try to imitate us fly fishers will don our garb, dismiss the mad axis around which our respective daily lives revolve to head out to a far better place - the river bank.

So, on that rather more cheerful note, here is some news of what's new, what's changed and what's of interest for the coming season.

Our big project over the winter has been the restoration on Beat 1 at Bullington Manor. For those of you who get muddled with the beat layout that is the most upstream of the four with the red brick viaduct of the disused railway near to the top. Some people have wondered whether the work will adversely affect the fishing or impede access. The simple answer is absolutely not; you will see some bare soil on the banks and structures in the river but beyond that it is at the very least business as usual, or if our works are as successful as we hope, better. If you missed the last Newsletter read a full update on the project here.

Absolutely brand new for 2017 is Qing Ya Xi Lodge on the River Itchen. Formerly known as Kingfisher Lodge, the new name roughly translated from its Mandarin origin, means tranquil waters. The new owner has embarked on extensive work to return the fishery to its original glory which is in essence three beats in one: the leat, the navigation and the main river proper. The fast, tumbling leat has a host of wild fish, the slower flowing navigation the big, fussy fish and the main River Itchen ideal for sight fishing. The season opens on April 16 and it is perfectly suited for one to three Rods.

At Dunbridge (River Dun) we have always slightly struggled as the access and rod room were right beside the house, so I am delighted to say that we have flipped everything around. Now you'll park near the top of the beat, walk the winding path through the gorgeous wild meadows which will bring you out to the new hand crafted, architect-designed cabin in splendid isolation right on a bend in the river.

Our beat on the River Meon at Exton Manor Farm is one of the true wild trout delights but it has, until now, only been open to single Rods. However, with the addition of some extra bank length, it is now a much longer beat for one or plenty for two sharing. The added bonus is that it now starts within casting distance (well, a world record Spey cast if I am being honest ...) of The Shoe Inn, still a proper village pub.

Continuing on the theme of wild fish we are now into our third season at Ilsington on the River Frome, five miles of just that. I have now been able to make it more accessible so there is no longer a requirement to take a guide, with single Rods welcome. It is also on the Fish Camp rotation or if you prefer some luxury, the amazing lodge is open for weekend packages.

At Benham Estate on the River Kennet having originally been four Rods daily we dropped back to two last season but are now back to three for 2017. In Wiltshire Avon Springs has produced some huge fish in the past two years, including a monster caught by Charles Jardine in the One Fly. Most people have released the big 'uns but not everyone, which is a shame but maybe understandable for a fish of a lifetime. However, that will not be an option in the future as we are introducing a slot limit so only fish between 1 ½ to 2 ½ lbs may be killed.

Fish Camp, two days fishing with a night on the river, is back with more venues than ever, plus a new selection of Season Tickets with the 4x4, The Wild Bunch and the All Wading 4x4. The Kids Fish Camp for 12-16 year olds, which was over-subscribed last year will be back in July and I am currently putting together an advanced programme for those who came in 2016.

You will find all this plus more on the web site that is now fired up for 2017. Nearly all the diaries are available for on-line bookings though I would caution that some (see list below*) are not, so contact Diane by email or phone for dates and bookings.

I hope you find all your old favourites or maybe something new.

ACE FILM MAKERS DO IT AGAIN

Ace film makers Chris Cooper (no relation) and Leo Cincolo have been at it again with a wonderful grayling video shot at Bullington Manor back in October. It needs no further words from me. 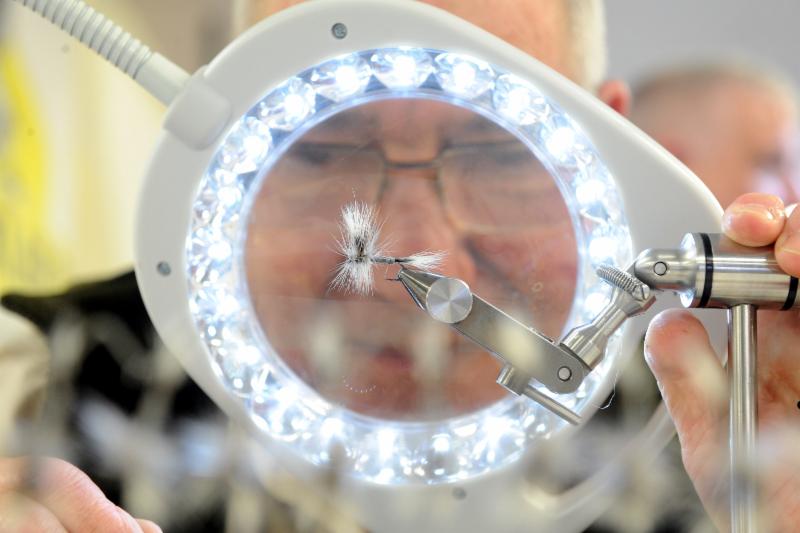 If you ever fish with us, be it here at Nether Wallop Mill or with one of the guides, you will likely be fishing a fly tied by Alan Middleton.

Alan, who has been a Fishing Breaks guide for over a decade, used to be Chairman of the Fly Dresser Guild so knows a thing or two about creating the perfect imitation.

So now, with the fishing ended for a while, you'll find Alan hunched over his tying bench in Sussex turning out thousands, and I really do mean thousands, of flies that we will use next season. Probably not a good idea to mention Pheasant Tail Nymphs or Parachute Adams in Alan's company anytime soon. Our most popular nymph and dry patterns respectively, the two combined turn him a bit stir crazy as he winds them onto a hook for the umpteenth time.

But hopefully by the spring Alan will have returned to normal as you will be able to see him tying on the Veniard stand at the London Fly Fishing fair that takes place in Islington March 10th/11th. Tickets and details here. 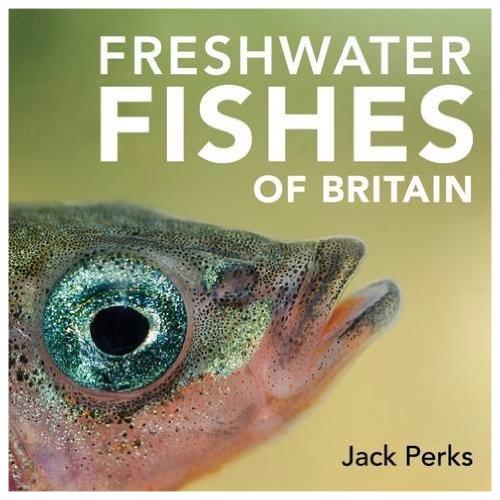 I am going to mercilessly pillage Jack Perks' new book Freshwater Fishes of Britain again.
1)      How many fish species are there in the British Isles?

5)      Which species of fish does the Queen own and should, by law, be offered to her on capture?

It's just for fun and answers are at the bottom of the page. Jack's book is available from bookshops and Amazon.

I will be back with one more email before Christmas (my letter to Santa on what Brexit gifts our rivers need), with 2016 in Photos and the great 'Who's Fin is That?' quiz to follow during the holidays.