A licence to be killed

You probably don't have the press releases from the ATA (Angling Trades Association) set up as a Google alert to your smart phone.  In truth nor do I but I did take a look when they recently published the data for Rod Licence sales.  I know, big yawn. But bear with me as it provides an insightful snap shot of participation into our sport. 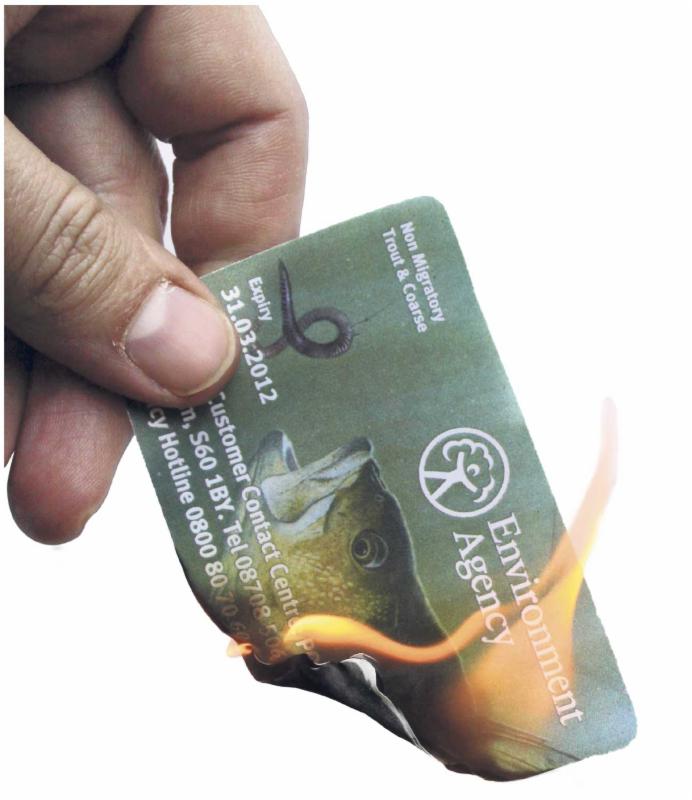 So, firstly hats off to Dr. Bruno Broughton at the ATA who has collated the data that takes us back six years to 2010. Now by most of the metrics I can think of we might have expected rod licence sales to have increased in that period, starting as it did soon after the financial meltdown. But not a bit of it.

Is there any good news? Well, concessionary licences, the vast majority of which are sold to the over 65's rose from 180,191 to 211,967 in the same period. The participants in our sport are aging disproportionately faster than our general population. No great worry you might think to that as the young are taking up fishing in droves. After all, don't we have many national initiatives to encourage that very thing? Indeed we do, but sadly they don't appear to be working. Junior licence sales fell from 116,116 to 59,024 in the same period. It looks like fishing is being squeezed at both ends of the tube.

What is to be done? Well, we could spend hours debating dozens of well-intended initiatives to get more people holding a rod but to my mind the nub of the problem is the license itself. It is what economists like to call a barrier to entry. This term more commonly applied to business but it equally applies to everyday human behaviour when a requirement for an apparently small administrative burden or insignificant payment acts as a firewall to participation.

If you wonder how true this is just look at the likes of Google or Facebook who have built vast empires on the concept of free. I can even tell you from my own experience of the iFindFishing app how true this is - downloads came in floods when were we were free but slowed to a trickle when we imposed a 99p charge. We discovered two things were happening simultaneously: people both resented paying for something they believed should be free and also didn't want the hassle of making a payment. So they didn't bother.

For the younger generation the fishing license has strayed into this territory. I can't explain in any cogent manner to a savvy twentysomething (believe me I have tried) why he or she needs to buy a license to fish free on the local river but doesn't require a license to cycle on a public road, hike in a national park or canoe down that very same river. Why, they ask, should anglers be taxed for their hobby? It is high time rod licences were abolished.

As far as I can see the only reason not to abolish the licence is the question as to who or how to make up the £22.2m shortfall. Aside from the fact that it is both a gnat bite in UK government annual expenditure of £780bn and a tiny sliver set against the £18.1bn of profits made by the water companies since privatisation asking who will pay is a fair question to ask. So, let's crunch the numbers.

It is a good bet that the administration costs to collect the licence (£22m in 2016) are and I suspect I am being conservative, 15% of income. That brings us down to £19m. There are thousands of prosecutions each year for evaders. Let's say £4m in time spent by enforcement officers, police, the Crown Prosecution Service and the courts which could be gainfully used elsewhere. So, £15m to find elsewhere or justify being taken from the public coffers.  Here are a few thoughts:

I don't want to make this an Us vs. Them debate but here are plenty of bodies that receive annual government funding to which we might consider we have a moral equivalence. I am not saying we are more deserving but we have a damn good argument for a share of the cake. Here are a few examples:

I am not sure how the case should be made for the abolition of the fishing licence, but it is high time the discussion was started. Maybe we'll need a martyr or two who go to jail for refusing to pay. Or perhaps we'll have a mass boycott. How about a grand debate with the Defra minister? Or a Twitter campaign #FREEdomtofish.

Whichever way it evolves it needs to happen before the upcoming generation born post 1990 lose the fishing habit and the rest of us die.

SAVE A TROUT THIS HALF TERM

I am not sure the trout in our lake will entirely see it this way but next week you have a chance to save them from a winter of dodging otters as Kuschta, the heroine of The Otters' Tale, has returned with a new litter of two.

Half term marks our last full teaching week at The Mill (we close 31/October until 30/March) and we still have a pond stuffed with blues, browns, rainbows and tigers. Those that remain, over a hundred at this point, will gradually diminish through the winter months. Three years ago we had a solitary fish left by February; clearly it was some sort of robo-trout. This year was better with a couple of dozen as Kuschta didn't have a litter. This winter around I don't fancy their chances.

For details and dates of Children, Family and Private Tuition options follow this link. 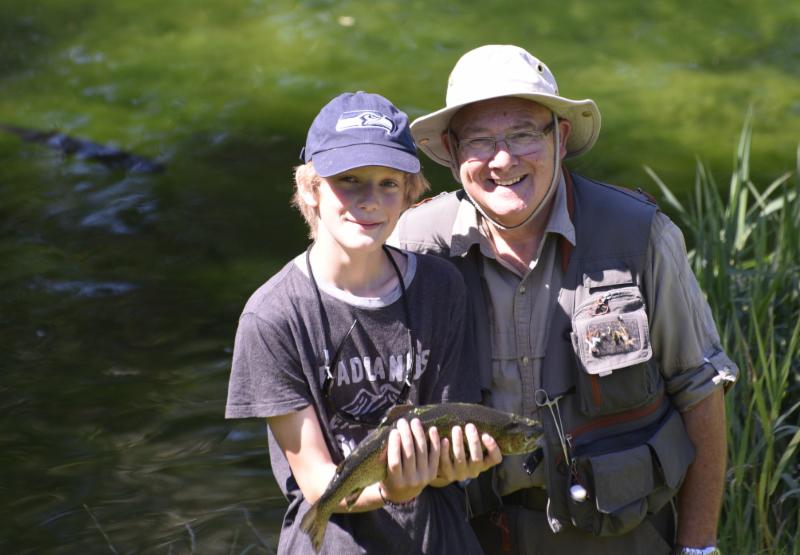 With the last shreds of Hurricane Ophelia heading towards the Arctic, a few weather related questions this week. 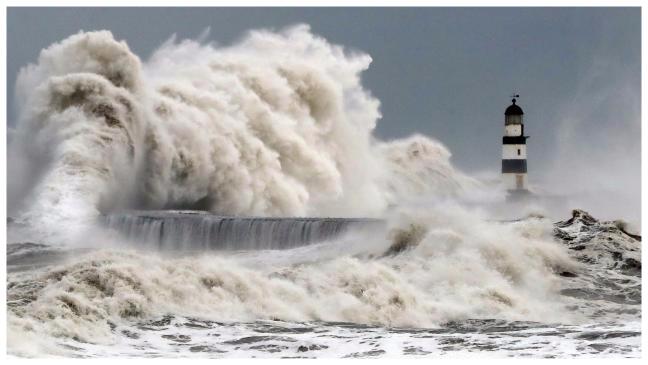 3)      What is the difference between a hurricane, typhoon and cyclone?
It is just for fun, with the answers at the bottom of the page.


Have a good weekend.

Quiz answers:
1)      173pm on the Cairngorms, Scotland 20th March 1980.
2)      Jupiter. Zeus is the Greek equivalent.
3)      Hurricanes, cyclones, and typhoons are all the same weather phenomenon; we just use different names for these storms in different places. In the Atlantic and Northeast Pacific, the term "hurricane" is used. The same type of disturbance in the Northwest Pacific is called a "typhoon" and "cyclones" occur in the South Pacific and Indian Ocean.
Posted by Life of a Chalkstream at October 20, 2017