Ninety years ago today Queen Elizabeth was just a few hours old, born at the not very social hour of 2.40am. As we celebrate her birthday today I began to wonder how different a day on a chalkstream might have been back then in 1926 if I had wandered out that morning to cast a line to mark her birth.

To start with I'd have probably been highly conflicted as to whether to use nymph or dry fly. This wasn't a choice about fishing or entomology. It defined you as a man. Halford, the high-priest of the dry fly wasn't long dead (he died in 1913) but his apostles were almost Taliban-like in their fervour for all things dry.

Skues, the man who effectively invented nymph fishing and promoted the technique in the 1920's and 30's, was vilified for his beliefs. If social media was around he would have had many trolls, Twitter storms breaking above his head daily. There was definitely something that spoke of class about the debate. As that Conservative politician Alan Clarke once said of Michael Heseltine, alluding to the fact that his wealth was made not inherited, "Well, he had to buy his own furniture you know". Fishing a nymph was for the bourgeois and arrivistes in the eyes of some.

As for the kit, well a creel was de rigeur. You will rarely see a painting or photo from those early days that doesn't feature a wicker basket with a fish tail or two poking from beneath the lid. I'm not sure the concept of catch and release even existed. That said I suspect there were many more losses than we have today - snapped hooks, a rarity with modern manufacture, were commonplace. Leaders had progressed from braided horsehair to catgut, which despite its name had nothing to do with cats. It is derived from silkworm gut through a process invented by the Chinese way back in the mists of time. However, it snapped easily and was of variable quality, relying on being kept moist in a tin when not in use. The invention of nylon by Dr. Carruthers at DuPont was another decade away. Rods would have certainly been split cane; we'd have to wait until Prince Charles was in shorts before fibre glass took a bow. Clothing was tweed, tweed and yet more tweed. A tie was compulsory as far as I can tell, even to the extent of wing collars. Footwear was largely leather boots, though believe it or not the manufacture of waders went way back the previous century, with the foundation of the Hodgman Rubber Company in 1838.

You might assume that I'd arrive at the river to see a river thick with hatches, fish rising at every turn. Somehow I am not so sure. I know plenty believe this was so, recalling a golden age on the chalkstreams that nobody today was alive to witness. There is plenty of evidence that Edwardian fly fishermen complained of all those things we complain of today - lack of fly life, lack of rising fish. Going back to Halford as an earlier example, he abandoned the River Kennet in the 1880's in favour of the River Test citing as his reason, yes you've guessed it, lack of rising fish. I suspect it was, and will be, forever thus for us fickle fly fishers.

But how about the river - what would that look like? Actually not so very different. A great many of the structures that we use today date back a hundred years or more - bridges, sluices, hatches and so on - indicate that the river levels, with the seasonal highs and lows, are much the same.

As for the water itself that is a whole different story, but maybe not with a conclusion you'd expect. There is no doubt that today those of us that care for the chalkstreams are fighting unseen pollutants. The rivers look bright and clean, but in the water are all kinds of nasty by-products of modern life. It would be unfair to single out one group out because we all contribute: watercress and trout farms, agricultural pesticides and chemicals, run off from the roads, sewage effluent from antediluvian plants and domestic septic tanks. I could go on but you get the picture. But actually it wasn't so different in the 1920's because what struck me when doing research for Life of a Chalkstream was the vast amount of industry that ran on the backs of the chalkstreams from leather tanning plants to carpet makers and bank note production, not to mention the working mills every mile or so who were all in constant conflict with the fishermen.

And as for the fish, well I'm pretty sure that however long the second Elizabethan age ends up being it will not have much effect on their millions years of evolution. On that April morning of 1926 for all the differences in my kit and my attire, the battle would have been joined then as today, a triumvirate of fish, fly and man. As the dictionarydefinition of this Latin political regime astutely says of the word, 'The arrangement can be formal or informal, and though the three are usually equal on paper, in reality this is rarely the case.'

WHERE THE SUPER-RICH FISH

Here's a survey from New World Wealth, a South African firm that mines data on the global wealth sector. They report, rather coyly I thought, that "Fly-fishing is an increasingly popular pastime for millionaires globally."

Good to know for those of us in the business. I guess it is the ultimate expression of trickle-down economics.

Interesting to see that three, the Snake, Madison and Yellowstone are all clustered around the mid-west more famous as cowboy country and skiing at Jackson Hole. But having pressed my nose against the glass of many an estate agent window in Jackson City where ranches of $25 million plus are commonplace I'm not entirely surprised.

You may read the survey in full that covers airlines, hotel and trains on the New World Wealth website. 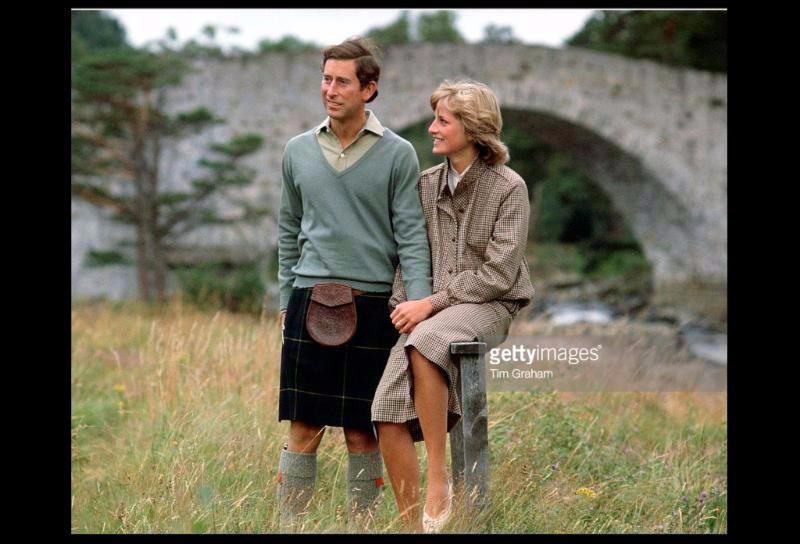 This week three questions with a royal theme. It's just for fun and answers are at the bottom of the page.


1) Where was Queen Elizabeth II born?

3) Which fishing tackle shop has a Royal warrant from HRH The Prince of Wales?